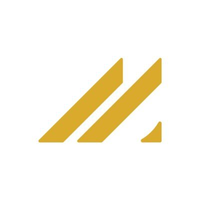 It takes an unreasonable belief to achieve the impossible. This is what we invest in and create at Main Sequence.

Unreasonable inventors are combining cutting edge scientific discoveries with the world's biggest challenges to build the next generation of global companies.

These are the companies we create and invest in at Main Sequence.

Deep tech inventors need more. We have custom built Main Sequence to be ready to help you solve some of the world's greatest challenges with science.

We are hands-on and have built a services offering to support founders alongside our capital.

Main Sequence was created by CSIRO to address the ‘valley of death’ between research and commercialisation. It solves the world’s greatest challenges by turning our scientific breakthroughs into the next century’s giants.

Main Sequence’s origins within CSIRO reflect its commitment to amplifying connections between industry, research and infrastructure to accelerate deep technology development, and reinvesting economic returns from commercialisation back into science.

CSIRO Innovation Funds 1 and 2 managed by Main Sequence, have invested in 39 companies since establishment in 2017. These companies have created over 1,200 jobs by working with partners in industry, CSIRO, and 22 Australian universities.

The $240 million first CSIRO Innovation Fund , built on a cornerstone investment by government and CSIRO has completed its portfolio and invested in 27 companies since establishment in 2017.

The second $300 million CSIRO Innovation Fund commenced investing mid-2021 and had already invested in 12 companies by the end of 2021.

Following the Government’s announcement on 1 February 2022 of a reform agenda to accelerate commercialisation of research and collaboration with industry, including $150m support for CSIRO investment in future CSIRO Innovation Funds, Main Sequence welcomes the opportunity to continue to work closely with universities to commercialise Australian research and build Australian companies addressing global challenges.

Each of our portfolio companies has some advantage delivered by either one of Australia's 43 universities or an industrial research organisation such as CSIRO.

In some cases this exists before we invest, in others we facilitate it as part of the companies pathway to scale and impact.