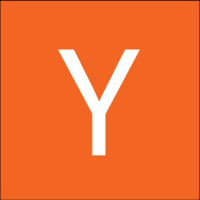 Make something people want. We support founders throughout the life of their company — from idea to IPO and beyond.

Twice a year we invest $500,000 per company in a large number of startups.

We work intensively with the companies for three months, to get them into the best possible shape and refine their pitch to investors. Each cycle culminates in Demo Day, when the startups present their companies to a carefully selected, invite-only audience.

But YC doesn’t end on Demo Day. We and the YC alumni network continue to help founders for the life of their company, and beyond.

Y Combinator provides seed funding for startups. Seed funding is the earliest stage of venture funding. It pays your expenses while you’re getting started.

Some companies may need no more than seed funding. Others will go through several rounds. There is no right answer; how much funding you need depends on the kind of company you start.

At Y Combinator, our goal is to get you through the first phase. This usually means: get you to the point where you’ve built something impressive enough to raise money on a larger scale. Then we can introduce you to later stage investors—or occasionally even acquirers.

We make small investments in return for small stakes in the companies we fund.

All venture investors supply some combination of money and help. In our case the money is by far the smaller component. In fact, many of the startups we fund don’t need the money. We think of the money we invest as more like financial aid in college: it’s so people who do need the money can pay their living expenses while Y Combinator is happening.

See a list of the benefits and resources available to YC founders here.

What happens at Y Combinator? The most important thing we do is work with startups on their ideas. We’re hackers ourselves, and we’ve spent a lot of time figuring out how to make things people want. So we can usually see fairly quickly the direction in which a small idea should be expanded, or the point at which to begin attacking a large but vague one.

The questions at this stage range from apparently minor (what to call the company) to frighteningly ambitious (the long-term plan for world domination). Over the course of three months we usually manage to help founders come up with initial answers to all of them.

The second most important thing we do is help founders deal with investors and acquirers. Yes, we can make introductions, but that part is easy. We spend much more time teaching founders how to pitch their startups to investors, and how to close a deal once they’ve generated interest. In the second phase we supply not just advice but protection; potential investors are more likely to treat you well if you come from YC, because how they treat you determines whether in the future we’ll steer deals toward or away from them.

We also get the startups we fund incorporated properly with all the standard paperwork, avoiding legal time-bombs that could cause serious hassles and delays later. We introduce founders to lawyers who will often agree to defer payment for legal work. We regularly help startups find and hire their first employees. We can help with intellectual property questions, like what to patent, and when. One of the least publicized things we do, for obvious reasons, is mediate disputes between founders. No startup thinks they’re going to need that, but most do at some point.

The kind of advice we give literally can’t be bought, because anyone qualified to give it is already rich. You can only get it from investors.

Twice a year, we invest a small amount of money in a large number of startups. We have two batches per year – one from January through March and one from June through August.

To apply to Y Combinator, you just fill out an application form. We invite the most promising groups to meet us, and we make funding decisions afterward.

During the batch, we host a weekly talk, where we invite an expert in some aspect of startups to speak. Typically, speakers include startup founders, venture capitalists, and executives from well-known technology companies.

About ten weeks in, we host Demo Day where all the startups can present their products and services to a specially selected audience of investors and press.

Y Combinator is occasionally described as a boot camp, but this is not really accurate. We probably get called that because we fund a lot of startups at once. But the similarities end there; the atmosphere is the opposite of regimented.

Funding startups in batches works better for everyone. It’s more efficient for us, and better for the startups, who probably end up helping one another at least as much as we help them.

Because we fund such large numbers of startups, Y Combinator has a huge alumni network, and there’s a strong ethos of helping out fellow YC founders. So whatever your problem, whether you need beta testers, a place to stay in another city, advice about a browser bug, or a connection to a particular company, there’s a good chance someone in the network can help you.

We think founders are most productive when they can spend most of their time building. Our goal is to create an environment where you can focus exclusively on building product and talking to users.

We seem to have succeeded in creating a good environment, because many founders have told us that the first ten weeks of Y Combinator were the most productive period of their lives.

We try to interfere as little as possible in the startups we fund. We don’t take board seats or many of the other powers investors sometimes require. We offer lots of advice, but we can’t force anyone to take it. We realize that independence is one of the reasons people want to start startups in the first place. And frankly, it’s also one of the reasons startups succeed. Investors who try to control the companies they fund often end up destroying them.

Why are we so flexible? Our goal is to be the preferred source of seed funding for startups, and to be that we have to do right by everyone. The good founders all know one another, so if the groups we fund feel they’re getting a bad deal, no one will want funding from us in the future. And later stage investors (especially VCs) also tend to know one another, so if the companies we seed end up being broken in any way, no one will want to invest in them in the future.

So far we seem to be on track, because both the startups we’ve funded and their next round of investors seem happy with us.