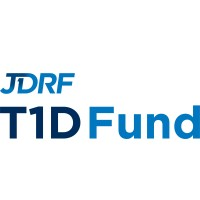 The JDRF T1D Fund is a venture philanthropy fund whose mission is to accelerate life-changing solutions to treat, prevent, and cure type 1 diabetes (T1D) through catalytic equity investments. Through its investments in partnership with private capital, including venture capital, corporate VCs, pharma and foundations, the T1D Fund seeks to attract the private investment necessary to advance new therapeutics for those living with T1D.

The T1D Fund invests in areas strategically aligned with JDRF, with an emphasis on cure-oriented or disease modifying therapies. The T1D Fund is an evergreen model and realized gains will be deployed into new investments.

The T1D Fund was launched in 2016 and continues to grow its half-dozen person team and > $150 million assets under management. The Fund has made investments in approximately thirty portfolio companies and has already generated several successful exits. The Fund will continue to be a highly active investor playing various roles within its world-class co-investor syndicates. JDRF is the world’s largest nonprofit funder of T1D research having made grants of approximately $2 billion over the past fifty years, and the JDRF seeded the Fund with an initial investment capital and provides meaningful support and access to the key stakeholders and experts in the T1D community. Success is enhanced by the Fund’s relationship and leverage of JDRF resources, yet the Fund governed as a separate vehicle with an independent investment team, board, and investment committee, allowing for nimble and effective decision making. This new model has been highly visible, with coverage in outlets including the New York Times, Bloomberg TV, BioCentury, Venture Capital Journal, and Axios.