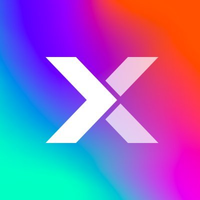 We believe companies with a cross-border mindset at core will become the next unicorns. Our team and mentors are a unique group of the most successful European entrepreneurs in the US who support founders to aim global and fundraise accordingly.As an accelerator, Inovexus focuses on boosting early-stage European tech companies. From there, we hand-pick approximately 25 projects every year to accelerate.

Why and how did Inovexus get started

Inovexus is a group of cross-border entrepreneurs made up of Europeans who have thrived in Silicon Valley. After growing up in Europe, they have spent the majority of their professional lives in the United States. They have a track record of building success stories and leading teams for major companies like Netflix or Samsung. Today, they are entrepreneurs, executives, angels and mentors.

Some of our mentors — the rest on the website

A few examples of the team behind Inovexus — role models for every entrepreneur:

Learn who makes our mentor team here.Let’s face it, we Europeans are far more risk-averse than our fellow Americans. Something each of our mentors learned the hard way. They had to learn to be ambitious, take risks and be generous: they had to embrace the Californian mindset. Today, their goal is to give back to their home countries and teach local entrepreneurs the know-how of Silicon Valley.

If we had to sum up in a few words this Californian mindset: dream big, raise the money you need to make it happen, never give up & pay-it forward.

In 2018, they came together and Inovexus was born. To make it happen, they partnered with the most active banks in Europe in the startup ecosystem, Credit Agricole and Village by CA.

Learn who makes our team.Inovexus’ team and mentors have built and worked for the most successful tech companies. We have witnessed first-hand in Silicon Valley how to thrive at a global scale. Together, we believe we can have a tremendous impact on European-born companies and support the next generation of unicorns.

In 2018, we launched Inovexus’s first accelerator in Paris on a mission to create global companies from the start.Europe is home to the best tech entrepreneurs in the world. American key players know it: they are now crossing the Atlantic Ocean to meet our tech talents and entrepreneurs. For instance, Luc Julia, Samsung’s head of innovation & CTO and one of Inovexus’ mentors, decided to locate Samsung’s AI hub in Paris. No wonder considering the quality of French engineers!However, European companies think local by nature. Taking risks is not embedded in our culture. Most founders in Europe do not expand beyond their borders in the early days: they lack methodology, network and funding.During the 12-week remote acceleration program, Inovexus teaches entrepreneurs the American mindset. First, our mentors guide them to turn their ambition into concrete objectives, designing a roadmap aligned with the company’s investment strategy. Then, we help founders reach the agreed-on KPIs, execute their roadmap and raise “smart funding” — connecting them with Inovexus’ network of partners in Europe and the US.

Inovexus’ aim is not to help French entrepreneurs launch in the US. Our aim is to help them become global leaders, from home.Inovexus does not handle entrepreneurs’ roadshows. We mentor and give access but we do not fundraise for the startup, as we strongly believe entrepreneurs are the best to pitch their project and vision.

Inovexus aims to support with mentoring and funding the top 200 early-stage deals across the world in 5 years. This will give to Inovexus the opportunity to access the most promising deal flow offering follow-up opportunities later in the fundraising cycle.Today, we focus on European companies, but we will replicate our model globally by opening local chapters in countries where innovation will be central in the coming years.

Why work with us

An example is worth a thousand words. Let me introduce you to In&Motion, one of our alumni.

In&Motion develops wearable airbag systems for motorbikes. Pierre-François, Valentin and Rémi, the company’s co-founders, wanted to raise a seed round. Local venture capital funds were not interested, they wanted more traction. Thanks to Inovexus’ support, they were able to adjust their go-to-market strategy, define their roadmap, launch a community of motorbikers and build a recurrent business model. At the end of a 3 months program, they raised €3,000,000 pre-revenue with Upfront Ventures, one the most prestigious funds in California. Since then, — the first of many rounds, they have recently closed a series A round of €10,000,000 with Upfront and 360Capital.