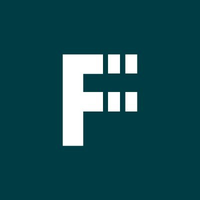 Investing in the exponential power of exceptional female talent.

In 2014, we created Female Founders Fund with one simple belief: women will build the companies of tomorrow. Since then, we’ve become the leading source of institutional capital for female founders raising seed capital with over $3B in enterprise value.

So why do we focus on female founders?

WE RECOGNIZED THE OPPORTUNITY.

In 2014, $2.2B or 2% of venture capital dollars went towards female-founded companies. Five years later in 2019, 2.7% of venture capital dollars went towards companies with female entrepreneurs. That’s $3.54B out of $110B invested globally. Yet women start businesses at a rate 1.5x higher than the national average and dominate the workforce holding 56% of professional jobs.

WE BROKE DOWN THE NUMBERS.

In 2015, First Round Capital’s 10 Year Review showed companies with female founders on the founding team perform 63% better than those with only male founders. McKinsey & Co’s 2018 study shows companies in the top quartile for ethnic diversity are 21% more likely to experience above average profits. In the business world, its now widely accepted that diverse companies drive stronger public and private market returns.

WE’RE DOING SOMETHING ABOUT IT.

Female Founders Fund launched in 2014 to address this problem with an opportunity – an investment vehicle focused on investing the next generation of female talent. Over the last seven years, we’ve invested in category-defining female-founded companies like Eloquii, Zola, Maven Clinic, Tala, and so many more. As female investors & operators, we are tracking cultural shifts and identifying opportunities with greater relevance, and with empathy for the founders’ unique journey and perspective. We believe our founders’ success will impact and shape the future of the technology landscape creating a more equitable and diverse future. We’re not just investing in top performers — we’re investing in talented leaders building tomorrow’s companies. That’s an ROI we can all get behind.