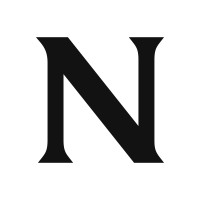 Northzone is an early stage venture capital fund, dedicated to founders who take on whatever the world throws at them.

We’re an early stage venture capital fund partnering with founders at Seed, Series A and Series B stage. Across Europe and the US.

Since 1996, we’ve made over 175 investments, raised over $1.7 billion, and survived two financial crises unscathed. We’ve learned to trust our instincts through all of the ups and downs.

Because of this, things that are typically important to VCs, aren’t as important to us. We’re happier operating on principles rather than an overriding investment thesis. And we always stand behind the entrepreneurs we work with, so you can earn your own success.

A partner as determined as you are

You want to redefine the category, be the category leader. We are as determined. Decades of investment and operational experience. An international network of backers and founders. A perspective shaped by lives as entrepreneurs. Still, the value of Northzone remains the same. We hold an unwavering commitment to the people we partner with. We’ll always be there when you need us. No ifs, no buts.

A refreshing view on venture capital