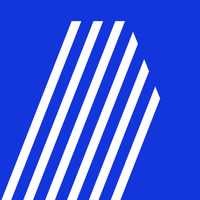 A global leader in private markets.

Adams Street Partners (“Adams Street”) is a global private markets investment manager, operating in more than thirty countries across five continents. With nearly five decades of experience and more than $51 billion in assets under management, Adams Street prides itself on the depth and breadth of its global investment capabilities and provides investors with differentiated access to the spectrum of the private markets strategies.

Adams Street is considered a pioneer in the private markets and was inducted into the Private Equity Hall of Fame in 2000 in recognition of the firm’s contributions. Adams Street became an independent entity in 2001 and a 100% employee-owned firm in 2008.

As an employee-owned firm, Adams Street believes in a culture of inclusiveness and collegiate achievement, and strives to imbue the highest standards of integrity, respect, and teamwork into all aspects of the organization. Adams Street is governed by a set of guiding principles which prioritize two goals provide exceptional client service and deliver top-tier investment returns.